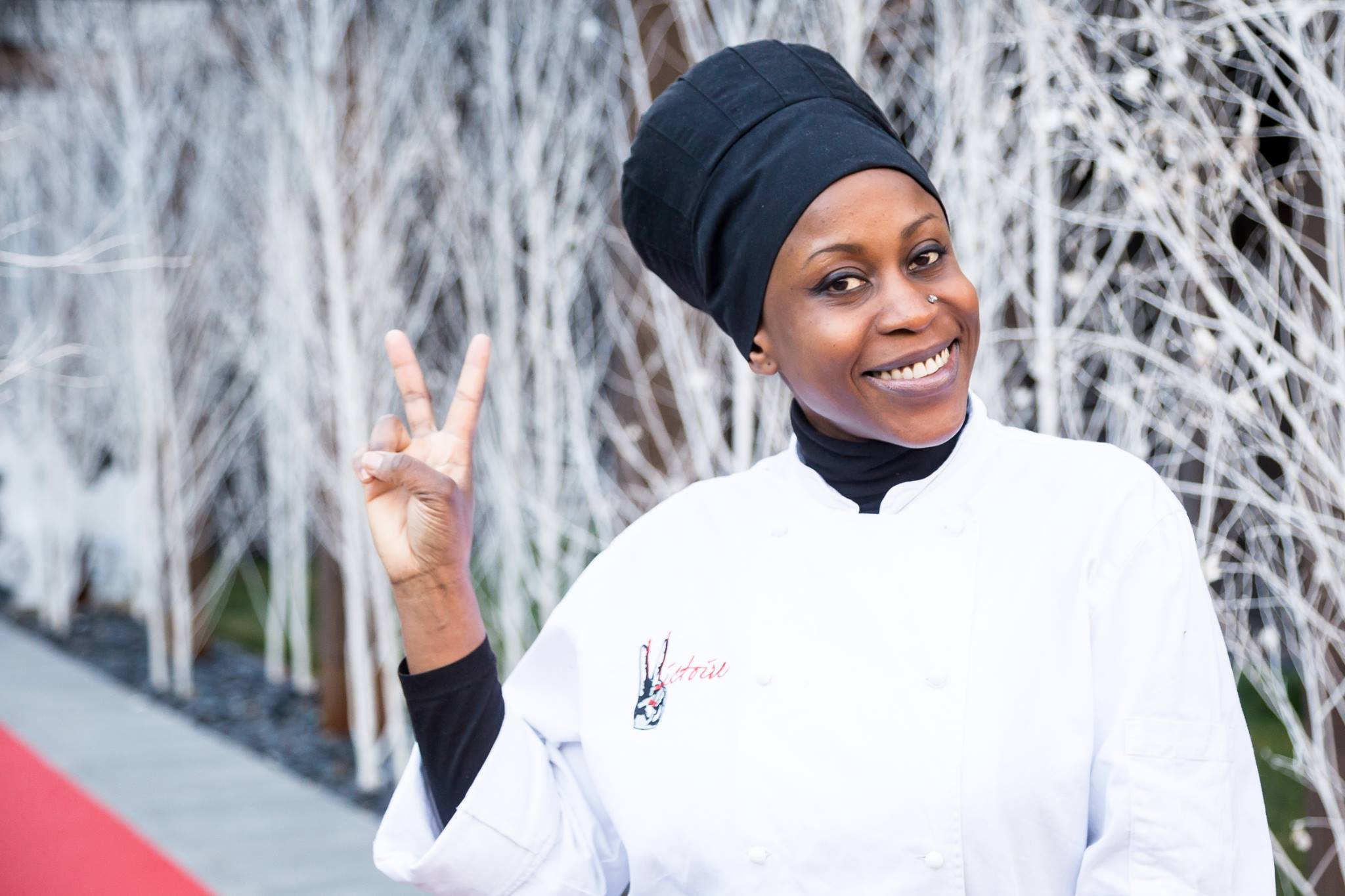 Feminist, courageous, and dynamic victory is a young lady of 36, his shoulders a story full of sacrifice, and painful but mostly exemplary.
Originally from Congo Brazzaville, very young she arrived at Verona in 20 years to continue his university studies in law after the war, ravaging his country in 1997. The difficulties related to the life of student abroad and mostly devoid of economic means, she opts for a high Hotel training. A choice to get the faster a workstation although the kitchen has always was one of his great passions. Yet, despite this abrupt change Victoire chosen the path of his future success in the gastronomic world.

From a family of 17 brothers, victory grew up surrounded by values and lots of love. Her passion for cooking was from its inception not amateur amongst the pots and her aunts during the big holidays familiar. But it is in Italy that she forged her talent. After 3 years of high Hotel training, she began with her experiences in the big Italian kitchens. Hotel Miramonti 5 star in Cortina d’Ampezzo in the kitchen of the chef claudio sadler 2 Michelin stars where she was then the first African who began a discovery of high Italian creative cuisine.

Indeed victoire is known for her character of steel, her determination, and her love for  cooking. She met on her formative journey most big bosses of the Mediterranean but only  her encounter with star studded chef ” farelacci Marc ” was the hammer which analyses her culinary philosophy. Via Sadler, food and charm of Fabrizio Ferrari 1 Michelin star, hotel prince of Savoie(Savoy), Assassino, in only 26 years she was already executive chef.
” Any time when I appeared as new chef,I knew I was about to go at war and not to savour creations of some dishes. No man was delighted at the idea of being managed by a woman moreover black and African. “

In 2014 she opened her first restaurant named Victoire at the heart of the modern milanese big city. Victoire, her own name was its signature. Very brilliant to recreate the dishes of the Italian tradition with African touches. In her recipes we inhale Congo and many other countries of the African continent by being at table in Italy. Already her name has hit  newspapers  gastronomic headlines and in 2015 she won ambassador of We Women’s title for the world exhibition of food in Italy.

She won the prize of creative good cooking of the Touring club, a bonus on the gambero rosso, the feminine title of the year in insists on the positive aspects of business Africa Italia Awards, but it was then the  second best chefs  of the world’s (50 best) Massimo Bottura who defined her cooking as being ” the organic cooking diversamente contaminata ” and victoire was the godmother. The magazine San Pellegrino dedicated her( the title of the mother of world food in Italy and one of 200 best chefs representing the exhibition 2015.

Victoire is full of surprise, today she is compared in the extraordinary movie of the registe verane frediani of which the title: in search of the women chefs” (which came out on July 5th, 2017 in  cinemas). But also she tears away the title of the chief coordinator of the training of Kamba (the cooking school for African refugee in Italy) and left the women of the Parabère , a world forum created by Maria canabal “parabère forum”

At present, she i the executive chef of the big hotel Mirtillo Rosso of the powerful Italian international company ” Ponti “, the journalists nickname her the black panther, the Snow Queen of monte rosa, the woman of steel of cooking, but for us she is simply Victoire Gouloubi a woman of big talent, of beauty, personal and culinary femininity.