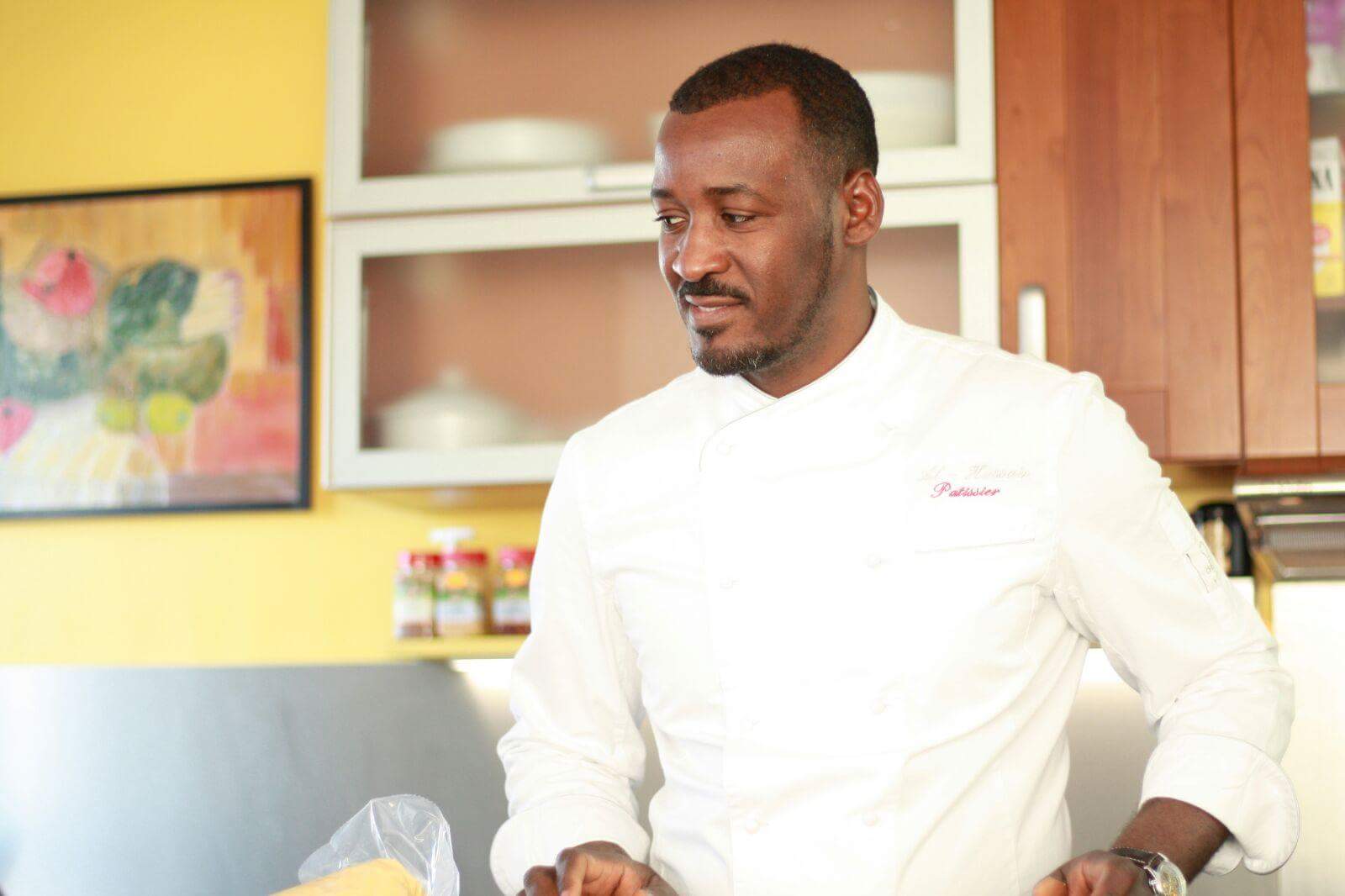 Im Hussein, I was born in January 2nd 1984 in Largeau in Chad. I am a Saharan African, a Nomad in the North of Chad coexist several ethnic groups; I belong to the GOURANE ethnic group . We are farmers especially in farms of date palms. I was born in a large family; My father had 3 women including my mother who had 8 children; but I have 11 brothers and sisters if you count the children of other wives. We would be more numerous, but others didn’t live.

I don’t really know if I had a hard childhood or happy one. My father would wake us up very early in the morning to go to the garden where he grew  trees, and also fruit and vegetable plants. He wanted us to help him;  watering, weeding and picking fruits or vegetables that were ready to be sold. My mother was a little more late to take the baskets and go sell what we had picked up at the city market. We had to do all this before going to school.

The school started at 8: 00; After working in the garden, we go to school on foot; the school was located about a kilometre away. Sometimes we came late and the master whipped us.

I didn’t like much to go to the garden. I really wanted to go to school. I loved to learn, I loved the atmosphere of the school, I liked to play with my friends. I loved break periods, my friends and I would buy candy, salty peanuts, boiled eggs and doughnuts or cucumbers soaked in peanut sauce.
Since, I was attracted to the kitchen; When my mother or my sister was preparing bread, I wanted to give him a helping hand, I wanted to keep the bowl in which she kneaded the dough. When my mother was cooking, I loved standing in front of the door to watch, to see what she was doing, to smell and taste; but she was always chasing me. She would say ‘get out of here. This isn’t for you. “In my country, only girls are allowed to prepare the meal. Boys do not interfere. They are generally not allowed to enter the kitchen. For example, when the dishes are ready, we ask women to pick them.

Chadean tradition imposes women to cook. This area is reserved for them. Since when I was little, I felt I wanted to cook. As a teenager I ran away to study in the capital N’Djamena. There I lived with my cousin and his family until my BA. I couldn’t cook at home, but helped my cousin and the girls in the House in the kitchen.  During weekends, we left with my cousin, his friends and his sons for camping, only men and boys, in a large garden that belonged to my cousin; We were leaving in open air, they allowed me to cook for everyone on a wood fire. And nobody had anything to say. I was having fun: I prepared pasta sauce with vegetables, or rice, meat with sweet potato, etc… That’s when I realized that’s what I wanted to do as a profession.

I graduated from high school in 2006. Then I went to Algeria. At the City University, I got used to cook for my fellow students.

Then I came to France and immediately I tried to enroll in a cookery school. I managed to find one in Montpellier and in the early days I realized that I was in my world. Everything was simple for me as soon as I got in the kitchen. I had a lot of fun  working; I learned very quickly; I was offered internships. These periods in restaurants was amazing, I realized that I liked the  job.

Immediately after my CAP, I was hired, and since the first day I liked the work in the kitchen, the atmosphere, the shot at the time of the service, the discovery of new recipes, all kinds of experiences. I like everything related to the kitchen and particularly  pastry. I learned in the professional or good home kitchen to make all kinds of pastries, desserts,  etc… I think I’m as a pastry chef and a cook. But I really have a weakness for pastry. That’s what I like most about my job.

Besides, in addition to my current job as a second kitchen in a gourmet restaurant in Paris, I am studying to become a pastry chef  because I would like to specialize in this area.
Each working day is a day of joy for me because I have the very clear feeling of blossom in my professional activity and even more so if it comes to pastry.

African cuisine  has a future…

In Chad, in the region of Lake Chad and N’Djamena where I spent my adolescence, we eat, of course among other foods, fresh water fish, fresh caught but also smoked or dried beef, cassava growing near the Lake.

In the region of FAYA where I was born and where I spent the first years of my life, the kitchen is especially family, simple, locally grown products: millet, wheat, sorghum, palms and sweet potato. We cook the Lamb, mutton, the Dromedary which are high on the spot. We also use imported products like rice and pasta which serve as base for preparations; We add  garden products like: okra, eggplant, peppers, onions, melons, watermelons etc…

African cuisine  has a future; people are starting to know about it and it is growing; over time we’ll go more towards this kind of kitchen because it is simple. This isn’t a sophisticated cuisine as in some European countries. The bases and the ingredients are always the same: water, fire, salt and sugar to which we add cereals, vegetables and fruits,  meat and fish. More and more people are attracted to the simplicity, the proximity between the producer and the consumer, to a food that respects the body and emotions; However a kitchen of the terroir and tradition goes in this direction.

What’s interesting is that African cuisine has a bright future, in a  globalized society where not just the chefs, but the inhabitants are brewed in mixed cultures, have grasped  this cuisine to modify, or to merge it.

Video of my works